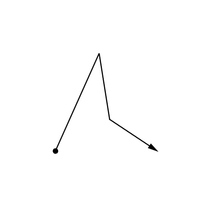 The Boar Tribe is the only clan which has restrictions upon who can join. These Lords and Ladies are the rulers not only of the Upperworld, but of the rest of the Tribes as well. Counted among the Boars are the most famous individuals of the Tribes, for these are the Named Ones, those now called Gods. As such, it is a very small Tribe, although still larger than the extant lore indicates.

Because this Tribe is made up of so many well-known and powerful beings, it makes it difficult to generalize about their nature. Still, most share a few characteristics with their animal counterparts.  The Boars are famous for both their nurturing and bellicose natures. The preservation of family and tradition is of the utmost importance to them, whether this be through the careful tending of the fields or outright war against those who would encroach on their lands. Boars also tend to be the most gregarious of the Tribes, especially since they are the ones most often interacted with today through various forms of praise and worship.

Likewise, because of the strongly individuated personalities, it is nearly impossible to categorize the manner of dress, appearance and speech for the Boars. They do tend to share a love of finery, and will often bear a torc or some other symbol of authority (although this is true of many other high-ranking beings as well). Rarely do they take the shape of a boar—they most often will appear as human, or may even take on the appearance of another favorite animal as it suits them. However, they are the only Tribe to ride boars, and this is a good indicator that a being is of that clan.