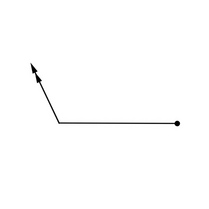 The Bulls are a very tradition-bound people, loving of order and the regular cycle of the seasons.  They find holiness within the mundane—in essence, priests of the practical.  They make up the majority of warriors in the clans, but fight only as needed, preferring negotiation to violence if possible (though they certainly do not shrink from the latter when necessary).  A justly conducted war is as holy to them as a properly sacrificed animal or a well-ploughed field.

The upper classes of Bull Clan guards the Gates, as opposed to the Cat Folk who patrol the Pathways.  They are also the keepers of right action, the priests of sacrifice.  They do not concern themselves with flowery liturgies or arcane languages, but they provide correct action in ritual, whether that be a specific gesture or the proper offering at the proper time.  In addition, they are also the patrons of farmers, being the largest of the three ruling clans.  Most never see battle (as great wars are rare these days), and practice their craft in accordance with the turning of the seasons.

These sturdy folk tend to be broad of shoulder with an earthy complexion, a little rough around the edges, but kindly and very serious.  Most of the agriculturalists are well dressed in simple farmer's clothes and furs.  Occasionally, one can catch glimpses of bovine ears sticking out from under their shaggy hair, but other than that they appear quite human.  The Lord and Lady of the Bulls, on the other hand, were dressed quite richly in brocades and heavy wools, although the cuts of the clothes themselves were simple.  They appreciate a combination of beauty and functionality in their crafts, and this is reflected in their tools, clothes, and simplicity of speech.

Bull Folk care very little for promises or empty words.  To them, action speaks of a person's character like no other quality.  What pleases them the most is the demonstration of respect and understanding for their ways in our everyday actions—within our own lives as regards our families and communities, and as well as in each individual's personal integrity.