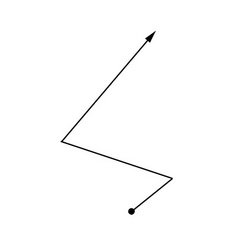 Nobility. Passion. Strength. These are the core qualities of the Deer tribe, the rulers of the Fire clans. The deepest heart of the sacred wood is their home, where they will lead those curious or daring enough to follow. An ally to the shaman, and a guide for the fool, a Deer inspires the attainment of the highest sort, and bestows the authority of those who know their own strengths.

Like the Bull, Ram and Boar Folk, the Deer are marked by strong gender roles. While both Stags and Hinds serve as guardians and guides, they do so in very different ways.  The Bucks use their speed and agility to entice followers, while the Does inspire wonder with their gentleness and grace. They lead seekers to their sacred groves, where the magic of the wilds grows strong.  It is here that they slip between the worlds, following the paths laid out by the Cat Folk.

A Deer knows that without passion, without the fires of the heart, there is no growth, no discovery. Though kinder in their lessons that the Cat Folk, Deer also gain much of their power though sex—though theirs is the lesson of surrender rather than aggression. Pride and nobility are inherent in the Deer clan's bearing, and associating with them will bring out these qualities.

While Deer Folk almost always appear as animals in this world, they are more often than not humanoid in the Otherworlds, although retaining some of their feral features.  Both men and women are well muscled and built for running.  They tend to have large liquid eyes and some keep their deer-ears or antlers. Their family groups are medium sized, and they definitely have a more "hunter-gatherer" vibe than some of the more agrarian clans.