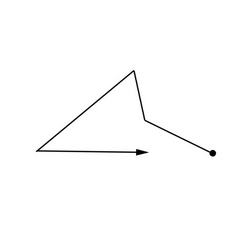 Unlike the other Ancestral Tribes, the Goose Folk are downright cosmopolitan in comparison.  The roads are still rustic, muddy and full of puddles, and the roofs of their town rise over the surrounding hills.  The tallest of these is a clock-tower set with iron numbers and yellow glass.

The Geese are all dressed in a much later style than the other denizens—it's almost like a scene out of Jane Austen.  They still wear simple garments, but from the Victorian era rather than the Bronze Age.  Where the Serpents are nearly silent, Geese are quite verbose, happily carrying on conversations with visitors on just about any subject imaginable (so long as it has some sort of practical application—they are not overly fond of theorizing for theory's sake).  They are a very open and welcoming people, largely because they only have to look at you to know who you are and where you come from.

The Geese are the heralds and genealogists of the Tribes.  They keep track of who is related to whom, who begat whom, as well as charting the wyrd and luck of each person and their family line.  In some respects, their role is similar to that of the Swan people; however, the Goose Folk do not limit their interest to mighty war leaders and their ilk.  They record the deeds of the common man and woman, no matter how small.  They don't just keep track of families, they witness the balances of wyrd itself.  If there is any question of bloodline or lineage, a Goose should be sought to clarify matters.

Because they are so keenly aware of the flowings of fate, as it were, Geese are also associated with justice and balance—much like the Egyptian goddess Maat, whose symbol was also the feather.  They do not usually meddle in others' affairs directly, the reason being simply that the presence of a Goose is usually enough to make each party aware of their own roles in whatever is being negotiated, and what would make a fair exchange.  Thus they have the reputation as peacemakers and frithweavers, although they rarely take an active role as such.