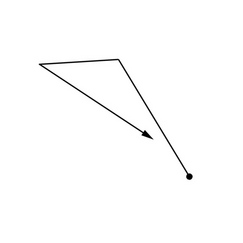 The Hare people are some of the most secretive of all the Tribes.  They appear as youths, generally with copper skin and dark brown hair, often wearing little more than a loin cloth.  They are very feral, and even more skittish.  Like the Serpent Folk, they prefer silence and gestures to speech, although they will use the latter to communicate if necessary.

The Hare Clan is the most wild of the Tribes, and the least likely to interact directly with mankind.  Hare does what he does because it is his nature.  Choosing to seek him out more often than not will result in nothing but a merry chase.  Relations can be fostered, but almost always occur in an indirect way.  To know the Hare is to run closely to madness, but equally closely with the creative spirit.

Hare leads the dance of creation.  It is between his leaps that the worlds formed, and where he landed new flora and fauna flourished.  Hare is the Maker, of handicrafts, of things made physical.  He is the Fire of Earth, manifesting passion in the material plane, the Bringer of Awen.  He makes the paths that the Cat people guard, tunneling though the fabric of wyrd to create the roads that we all tread.

A white hare, possibly the First Hare, stares up at the moon from a field of stars.  Feeling joy under her light, he gives a great leap.  Where he lands, a pale flower blooms, unlike anything ever seen before.  Delighted, the Great Hare jumps again, and again where he lands new life springs forth.  He springs up, touching the stars, dancing across the earth and leaving all manner of creatures to live and thrive in his wake.