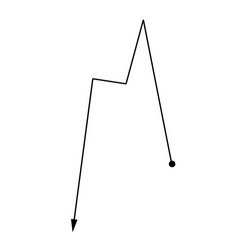 More so than any of the other Tribes, the Sheep clans have a strongly marked division of labor between the sexes. Rams deal with the arts of war and defense, while Ewes are concerned with long-term strategy and preparation. Though the majority of the warriors do come from the Bull clans, their focus is on farming, not warfare. The Rams provide the training and field experience to all the other Tribes' warriors, fostering those most gifted among their own children. Stamina and perseverance are the qualities most valued, and any potential student must display them both before they will be accepted.

If Rams are the undisputed warriors, then Ewes are the diplomats, crafting alliances and treaties. This is not to say that they are pacifists—far from it, Ewes understand the unfortunate need for occasional violence. They also look to the everyday defenses, such as those against cold, hunger, illness and despair, with their crafts, rather than the martial side of things. While they are often connected with fertility, it should be noted that their gifts are those that promote abundance, not precisely the quality of abundance itself.  They teach the strength inherent in gentleness and the inevitability of growth.

The Sheep Tribe is nomadic and their architecture reflects this, being made of tents or yurts settled high in the reaches of the mountains.  They will leave small caches of grains in stone-lined holes if they plan on returning to a particular site, but other than this and maybe a few post holes, they leave almost no trace upon the land.  Rams, though a wandering tribe, do have a fondness for textiles, and the Ewes produce some beautiful pieces, woven through with protective charms in addition to being serviceable garments.  Both Rams and Ewes tend to be darker folk, deeply tanned with brown, often shaggy hair.  Rams talk very little, preferring to teach by example or deed, while Ewes speak plainly and wisely to deliver their lessons.