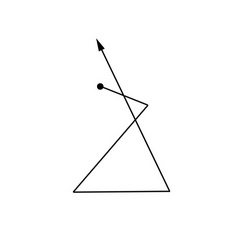 The Raven's function amongst the tribes is one of the hardest to pin down. Ultimately, they are the transformers, initiators, alchemists of the soul.  Raven represents the qualities of Earth in the realm of Air, helping to make manifest ideas and inspiration. As guardians of the liminal places, they are also master diviners, and they may be sought out when developing skills in this area. In general, Ravens are numerous (and gregarious) and very willing to help seekers, although they do have a habit of playing with their "food" which many visitors find quite disconcerting.

Like the Cat, Rabbit, and Seal Folk, Ravens are adept at shapeshifting; however, they are the only tribe who is equally comfortable in multiple forms outside of their of their tribal totem.  Change is like breathing for the Raven Folk—one of the many things that makes them so hard to work with, even though they are usually quite amiable otherwise.

Linked with war and death, Ravens tap into the transformative power of these situations.  Guardian of the grave, of the compost heap, Raven knows that in order to move forward, the past must be swallowed and digested in order to move on to the next leg of the journey.  If Hare represents the process of creative transformation, Raven has the opposite, catabolic function, clearing away the corpses so that new life can thrive.

Ravens are the most varied in physical appearance of any of the Tribes, possibly due to their affinity for shapeshifting. They are quite fond of jewelry, often weaving pieces into their hair and feathers.  The same Raven may not always have the same physical appearance, depending on her mood.  However, this is not to say they are a capricious tribe, just one that enjoys variety to its fullest. Though they themselves do not have the reputation of craftsmen, they certainly appreciate fine works and are not at all hesitant to bargain for something shiny.