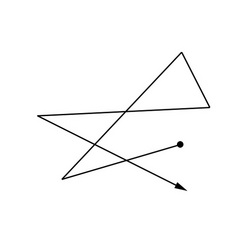 The Salmon hold the mysteries of divination through their connection to the Well of Wyrd, or Great Well, as they call it.  The pools where the Salmon might be found all connect to the Great Well in one way or another, though following the streams that feed those pools can be a difficult task.

Scrying is the art at which the Salmon are most adept.  They find both mirrors and water to be suitable for tracing the workings of Wyrd.  Their most important lesson in this art is one of clarity: seek to perform a divination with questions, and questions are all that you shall find.  Theirs is not the art of telling the future; the Salmon Folk trace the strands of Wyrd to reveal patterns of both present and past.  They are to history what the Goose people are to genealogies, swimming though the very substance which records all deeds, great and small.

At least once a year, the whole of the Salmon Folk gathers at the base of the World Tree, where the Great Well lies.  Here they conduct business and choose a new king and queen for the next year by lot.  All have an equal chance at rule, and none can get too used to the position.  Stagnation is abhorrent to them, and this belief is reflected both in the politics and philosophy.

With regard to appearance, the Salmon Folk can only be described as Otherworldly—they are the least likely to pass as "human" of all the Tribes.  Their skin shimmers with blues, greens, and golds, while their hair tends to resemble a tumbling waterfall.  They are, of course, at home in the water, and each dwells near a specific spring or pool of which they are the custodian, making them fairly solitary in nature.  Their pools provides all their needs: food from the plants that surround it, and shelter in its depths.  The lore of the Celts notes that the Salmon is the oldest animal, and as such, it is not surprising that this Tribe retains many hallmarks of hunter-gatherer culture.