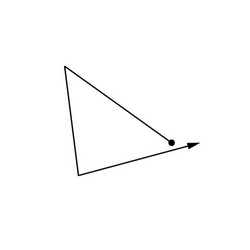 The Seal people bring the realm of Water and dreams into manifestation through the element of Earth.  Though they find sustenance in the seas, the Seals return to land to rest, love, and live.  In folklore, they appear as the Selkie, a shape-changing seal woman.  A mortal man may hide a Selkie's seal skin to force her to remain on land with him, but sooner or later she will find it and return to her watery home. The Seal woman represents the lost or hidden part of the soul that when rejoined in the sacred marriage, produces luck, prosperity, and fertility.

The Seal Folk tend to be small and dark, sometimes covered with a fine, soft fur of dappled browns and greys. They spend much more time in human form than their Otter cousins, preferring two legs on land but flippers in the water.  The Seals dress in leathers, skins, and furs, and wear simple jewelry of bone or metal.  Their villages are located on the shore, just out of reach of the high tide; the buildings are formed of large pieces of driftwood covered by hides.  Seal men and women bring back fish and other aquatic game from the deeper waters, as well as harvesting seaweed and shellfish from the surf.

Seals hold the secrets of navigating the currents of emotion, particularly how feelings manifest themselves in the body.  If the mind is an ocean, waking thoughts skim and glimmer across the surface of the water like sunlight.  But Seals dive beneath the surface to find the hidden current of emotion and desire that flows through the blackness of the dreaming mind.  In a sense they are psychopomps of the unconscious world, leading a person to discover the depths and origins of her emotions and motivations.  They are bringers of visions and inspiration, and can help one learn how to make the Watery nature of dreams an Earthen reality.