Druidry and the Indigenous Gods of Europe 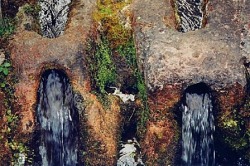 The teachings of the Druids, the priestly class of the ancient Celtic peoples, were wiped out centuries ago as the Romans invaded Britain. The Germanic and Scandinavian tribes held onto their ways a bit longer, until they were finally absorbed by the coming of Christianity. Still, both cultures lost the overt practices of their pre-monotheistic beliefs, these being relegated to myths, legends, and folklore. Now, with the renewed interest of traditional polytheistic religions in the West, these and many other pre-Christian religions are being revived.  The practices of the ancient Celts, Germans, Scandinavians, Greeks, Romans, and Egyptians (just to name a few!) are all enjoying a renaissance.

One of the peculiarities of modern American polytheism, however, is the tangled and colorful background of many of its practitioners. A single person's ancestry could be traced back to any number of cultures, from Wales to Germany to North America; from Korea to Ghana to France; from Australia to Malaysia to Japan, just to name a few. Not only are Americans raised with a mix of traditions from various personal ancestral cultures, but they are constantly exposed to a multitude of traditions from their peers—something that it would have been difficult for many tribally-based people to comprehend, even as little as fifty years ago.

Being brought up in a multicultural environment is a wonderful thing for breeding tolerance and understanding.  But it can also leave one with a certain amount of confusion about what traditions are really "ours" and why.  Perhaps this is why there is so much eclecticism present in the Neopagan movement—America is a veritable cultural smorgasbord.  Eclecticism allows for a great deal of latitude, but it can lack depth if not explored mindfully. Reconstructionists, on the other hand, go with great depth into a single source of inspiration to the exclusion of all other paths. But some people find themselves wanting more depth than is accepted by the average eclectic, but refuse to exclude parts of their heritage in order to follow a strict reconstructionist methodology.

When I began this site, it was an attempt to blend modern Druidry with reconstructionist Heathenry. But the more I work with the powers of the land, with the animals and plants that inspired my ancestors, the less I'm able to shoehorn my experiences of these Beings into tidy little packages.  Thus, this site has become much more devotional in nature, and less concerned with historical validity than the value of true experience.  The past can inform and inspire, but only through our own creative lens can we refocus these traditions to be relevant to the modern era.