Ancestral Tribes
or, how European fauna found their ways into
a North American Druid's practice 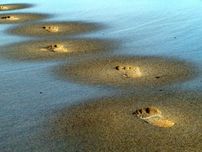 Systems are one of the things that fascinate me in this life.  When it comes to the esoteric, I find the explorations of these various means of categorizing the world one of the most pleasurable pursuits imaginable.  Whether it be elemental associations, the ways in which Gods interact with one another, or means of character analysis, there is very little in this field that doesn't draw my interest. What I call the Ancestral Tribes are something I stumbled upon while more heavily involved in the Vanatru movement. I had heard mention of some sort of tribal structure for the citizens of Vanaheim, but as yet I hadn’t had any direct experience with them myself.

Although no stranger to modern American polytheism (especially revival Druidry), I had only been involved with the serious study of the indigenous European land powers since 2008.  In November of 2009, when I was guided to work with the various Ancestral Tribes I was more than a little bit surprised. In essence, each month I visited with one of 19 animal clans, as they were indicated to me (your own UPG may vary considerably).  As I perceive them, there are 7 major or "ruling" clans, and 12 supporting elemental tribes.

This being said, I think each practitioner is probably going to end up with personalized Tribal groupings depending on the work that they need to do. There are no doubt dozens of animals who won’t fit into the system as I’ve visioned it, but the structure works very well for me—I’m sure someone else who puts the same effort in to divining their own Ancestral Tribes will find that their own system also works.  I wouldn’t say that the 7+12 set-up is a perfect paradigm cast in stone; I believe it to be fluid to accommodate the seeker. But I can’t deny that I really like the way it turned out for me, either!

One of the points I really struggled with in the beginning was why animals that weren’t necessary native to North America were coming up in my practice. My current working theory is that these are ancestral groups who have taken on the aspects of particular animals native to Western Europe in the Otherworlds. So I no longer treat these creatures as nature spirits or landwights, but as Grandmothers and Grandfathers, connected to me by blood and memory. This is why different practitioners may end up with different Tribes in their lives, even though there will often be quite a bit of overlap.

The work I’ve been doing with the Tribes is some of the hardest and most satisfying that I’ve engaged with yet. The changes to my life have been measurable, especially in terms of my relationships. I’m more than a little sad that my last month of “official” work with the Tribes is over. However, the connections I've woven on this journey are ones that will continue to nourish me for the rest of my life. May your own journeys be as fruitful.

By star and by stone,
Catriona McDonald
Tribal Sigils