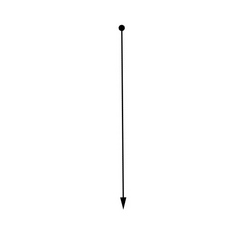 The Cat Folk are more than just gatekeepers; they literally can see paths that others can't walk.  They protect the access to those paths, guard them almost jealously.  No single Cat knows all the pathways of the Tree, so that the knowledge can never be hoarded.  However, most Cats, it would seem, are able to "see" the true paths through the worlds, such that they never need fear becoming lost or straying off track by accident.

The Cat Folk are also closely associated with the travels of the Wild Hunt, as they can keep the pathways through the worlds clear for the Hunter and his band.  They can overlap the roads between worlds, literally thinning the veil to ease the Hunt's passage.  Interestingly enough, you will never see them riding with the Hunt itself—they are shadows running either ahead or behind, bending the path to their wills in service to the Hunter.

The Cat Folk are a relatively small tribe, each member having his or her own paths to patrol; generally being much more nomadic and solitary than I expect of the Ancestors.  They are a sensual people, and much of their power is derived though passionate arousal and/or sex.  While they are certainly capable of spellcraft, they tend to prefer physical solutions to problems.  For instance, a Cat might use her skills to skin-turn, then wrestle an opponent to the ground, rather than perform a lengthy ritual to bind the individual in question.

Indeed, of all the Tribes (except for possibly Raven Folk), the Cats are the most adept with skin-turning and shape-shifting—a Cat is equally comfortable as a human, a feline, or something in between.  Also of note, the Cat Folk generally do not take the shape of any identifiable species, but will create a shape that fits their personality and skill-set.  In human form, they will often wear the skin of a large cat, giving them a much more primitive or tribal feel from the other tribes.  Likewise, tattooing and piercing are very much a part of their rights of passage, with different families displaying their own unique marks for identification.  They also don't seem to have many children in the tribe as a whole, but take on older students when they show promise or abilities that would prove useful.