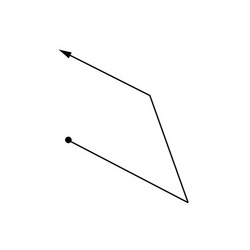 The Swans are both lovers and battle-priests.  All of their magic consists of matters of passion and war.  They can divine the outcome of a battle through the movements of clouds, birds or animals.  A Swan can sing a warrior into a frenzy, or lend strength to both bow and spear arm.  Likewise, they can turn aside a fateful arrow or unlucky strike that might otherwise lay a soldier low.  Their tools are weapons of war and they direct their magics though sword, spear, and mace.

But passion is equally the Swan Folk's domain.  In fact, they easily transmute the rage of battle into sexual arousal, bringing forth fertility from war.  And, they can do the opposite just as easily, using romantic passion to inspire a warrior to a battle-frenzy.  Understanding of the link between love and war is what drives their power and their magics.  Indeed, the art of seidh comes from the Swan clan, uniting sensuality and strategy into a single, powerful form of magic.

The Swans are some of the most "human" looking of the Vanir.  They tend to have warm dark eyes and light hair.  Though they are priests, they are by no means soft, believing that a strong body is what allows one to channel the passions of romance and war.  Swan Folk are counted among some of the most beautiful of the Tribes, although that does not necessarily bring them happiness.  A Swan will choose a single mate for life, but after the bond has been established, there will be no other spouse, even in the event of death or infidelity of their partner.  Thus, many try to choose a mate from their own clan, though some of the most famous romantic stories are those of Swan who chose mortal loves.