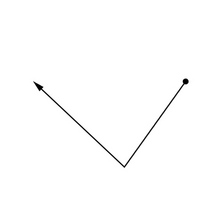 Owls guard the liminal places where the fabric between our world and the Otherworlds is thinnest. This applies not only to places such as sacred springs or caves, but to times as well.  Like the Raven tribe, they are initiators, but they do not limit themselves to the rites of death and renewal.  All rites of passage are under their purview, from birth to adulthood to parenthood to wizening.  An Owl will ruthlessly test his student, demanding both trust and excellence.

Owl Folk are masters of illusion. Rather shift their own shape, Owls wrap themselves in tendrils of might and night to alter their appearance. To test those that come to them, they will become tempters or monsters, whatever form most terrifies or dissuades the initiate. An Owl's tests purify a candidate so that she may enter the next sphere of her development.

In addition to their roles as initiators, Owl Folk also keep track of taboos and other prohibitory oaths. Though they are not above testing the sincerity of people who have taken up such sacred bans, they do not delight in punishment should it be required.  All lessons have consequences, whether they are learned or failed and Owl knows this better than any.

Outside of their own Great Tree, an Owl will rarely show herself in human form, preferring to fly on silent wings to carry out her tasks. At home things are different. Generally, Owls are quite unsettling to look at—there's always something just a little "off" about their appearance. Their eyes are just a little too round, a little too knowing. Sometimes they might adorn their hair with feathers, or wear small stones or tree-nuts around their necks, but in general their tastes are simple.