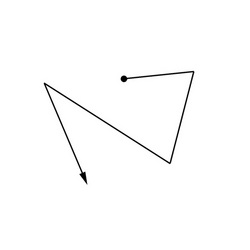 The Snake Clan are largely a subterranean people, burrowing deep into the mountains and hillside of the land and shaping it to the flow of the telluric currents, or earth energies.  They do come to the surface to bask in the sun, however, for no creature can exist solely in either light or darkness.

Snakes are a curious mix of healers and architects, and their mysteries are those of the labyrinth.  They are the initiators, setting seekers on the path of whatever trial they must face.  Serpents also stand at the doorways of conception and death, two of the greatest mysteries common to all beings.  Mainly concerned with the health of the mind and soul, they also possess a wide range of herbal knowledge, although this is less likely to be useful in treating physical ailments than the skills of the Frog Clan.

Long ago, Serpent folk mastered the arts of geomancy.  Any skill that derives from the flows of deep earth energy, such as dowsing, is within their expertise.  The creation of large-scale earthworks helps to focus and harmonize their healing skills with rhythms of not only the earth, but the heavens as well.  Snakes mark out the sacred spaces in the very land itself, leaving signs for those who know how to read them.  They also keep the legendary Adder Stone for those who would seek it.

The Serpents are a long, lithe people, with colorings that suit their chthonic origins such as silver or black hair and reflective eyes. Their teeth are very often sharp, which can be a touch disconcerting when conversing with them.  They also prefer gesture to speech, rarely saying anything if a nod of the head or a beckoning finger will suffice.